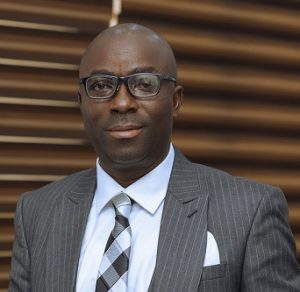 He is an Academic Icon in the ivory tower guided by conscious effort and hard work through determination, sound morality, strength, fidelity, reliability, accountability, show of cerebral profundity, expertise and fear and love of God. Between 2002 and 2014; Samuel Edoumiekumo progressed through the ranks of Assistant Lecturer, to a Professor of Economics at the Niger Delta University, Wilberforce Island Bayelsa State. He served and still serving as Boards member within and outside the University system.

Upon assumption of office as Vice-Chancellor, he has been able to transform the landscape of the University. Under his Leadership, the Internal Generated Revenue (IGR)base of the University has increased significantly. Attendant to his managerial resilience factors in performance, Niger Delta University was recently ranked by the National Universities Commission (NUC) to be among the top 25 Universities in Nigeria with all academic and professional  programmes fully accredited. The University was also adjudged as the most efficient University in Nigeria.

He has earned several academic and professional awards. In 2017 he was awarded the Distinguished Economist Award alongside Mr. Godwin Emefiele, Governor of Central Bank by the University of Nigeria, Nsukka. Others include: The Pan African Servant Leadership Award by the African Student Union Parliament, Award of Honour as the Most Innovative Vice-Chancellor in Niger Delta University, Award for the Exceptional Leadership in the University Administration, Trail blazer award by the Bayelsa Media Award organisation, amongst others. Prof. Edoumiekumo was presented with a Letter of Commendation and a Plague by the University Governing Council in recognition of his Administrative Excellence, exemplary service, transparent and judicious utilization of resources, uncommon administrative acumen and abiding display of a keen sense of ownership of university affairs.

Professor Samuel G. Edoumiekumo has demonstrable capacities for the sustenance of rapid upgrade of learning infrastructural assets, commitment to enhanced logistics holdings and tenacity for unprecedented upscaling and activation of robust contents of academic programmes in tertiary institutions over space and time.

He was also conferred with the prestigious Administrative Excellence Award 2019 in Education, in Johannesburg, South Africa. Others include the Education Icon Award, 2020 and he topped the polls for the African Educationist of the Year-2020, in the 9th Edition of the annual African Leadership Magazine Persons of the Year Award. He was elected the Chairman, Committee of Vice-Chancellors of State Owned Universities in 2021, and also the Chairman, Committee of Vice-Chancellors of Nigerian Universities (CVCNU).

Prof. Edoumiekumo is a Fellow of the Historians of Education Development Society of Nigeria(HOEDSON), Fellow, Institute of Chartered Economists of Nigeria (FIEN), Fellow, Chartered Forensic Investigation Professionals (FCFIP), Member, Nigerian Economic Society, Fellow, Nigerian Institute of Management. Member, of the UK-Nigeria Steering Committee on Transnational Education with mandates among others to facilitate mutually beneficial transnational education partnerships between the UK and Nigeria with respect to undergraduate and postgraduate degrees and Chairman, Tetfund Committee on ICT Development and Infrastructure, among other national and international affiliations. He also serves as chairman, National Universities Commission’s(NUC) accreditation teams for various undergraduate programmes in private and public universities in Nigeria.

He has consulted for various organisations including some world bank assisted agencies. His intellectual erection and carriage as a philosopher and professor of economics is a burning endorsement of his monumental contributions to the foundation of economics entrepreneurship and social science studies in Nigeria and in the world. Professor Samuel Gowon Edoumiekumo is happily married with children. 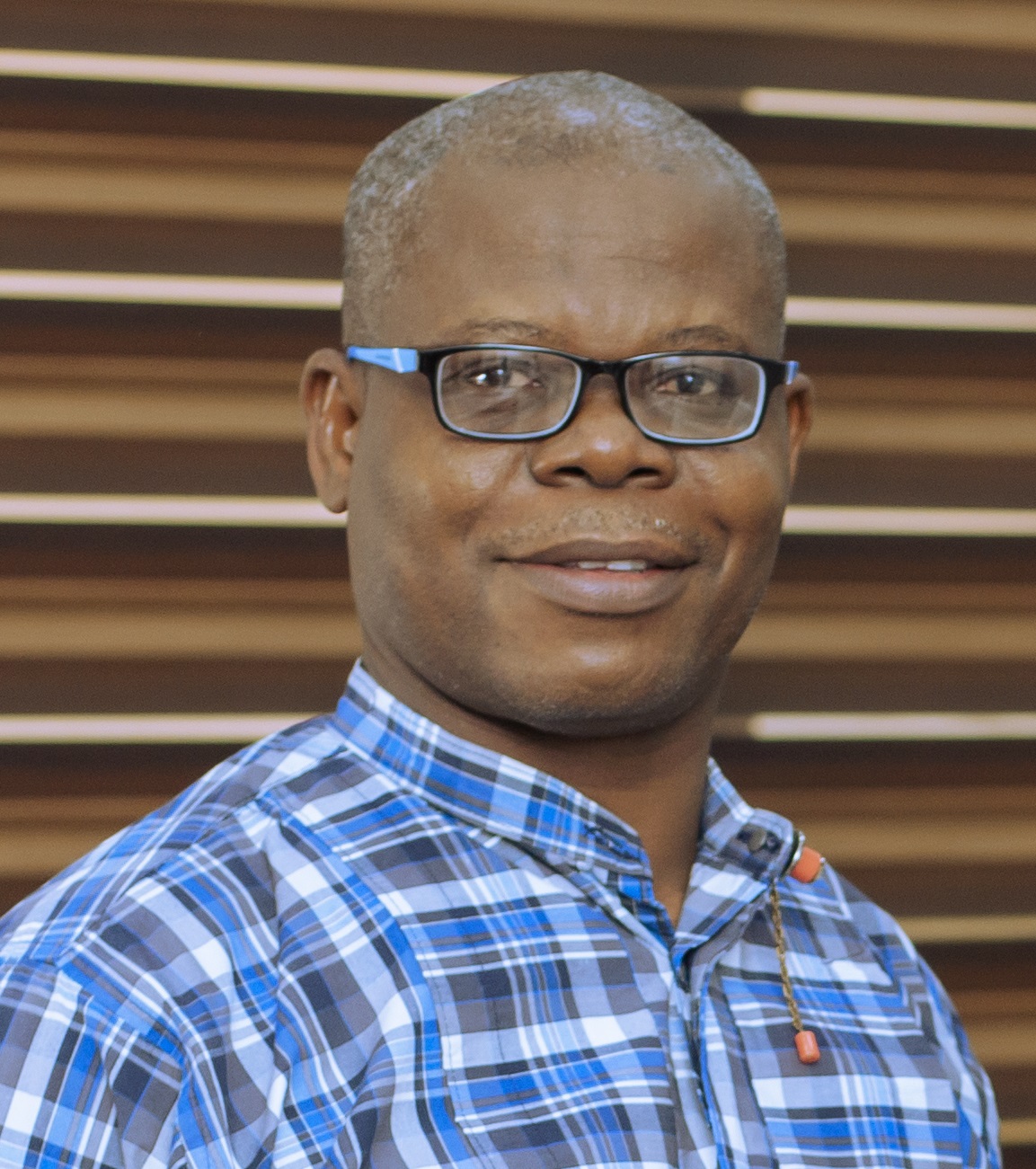 Professor Allen Aziba-Odumonsi Agih, a professor of Educational Management is the Deputy Vice Chancellor (Academic) of the Niger Delta University. An epitome of authentic humility that has endeared him to the university community, he brings to the office, a rich and impressive track record of university administration and community service, having served as Director, Linkages and Advances; Ag Head, Department of Educational Management, and chairman/membership of  several university committees. He also had a brief stint as a banker and classroom teacher; a thorough-bred teacher and educationist.

Prof Allen Agih was educated at the Ignatius Ajuru University of Education (Rivers State College of Education by then) where he obtained the NCE certificate and B.ED degree in Political Science with honours as the best graduating student from the Faculty of Social Sciences, and from the University of Port-Harcourt, where he obtained the M.ED and PhD degrees in Educational Management and Planning. A member of many learned and professional associations he has contributed widely to knowledge and scholarship through scholarly articles presented in local and international conferences and workshops and published in reputable national and international journals, besides chapters in books. 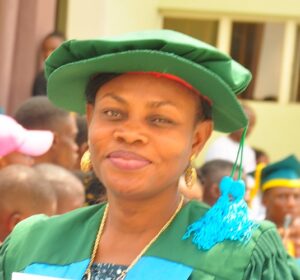 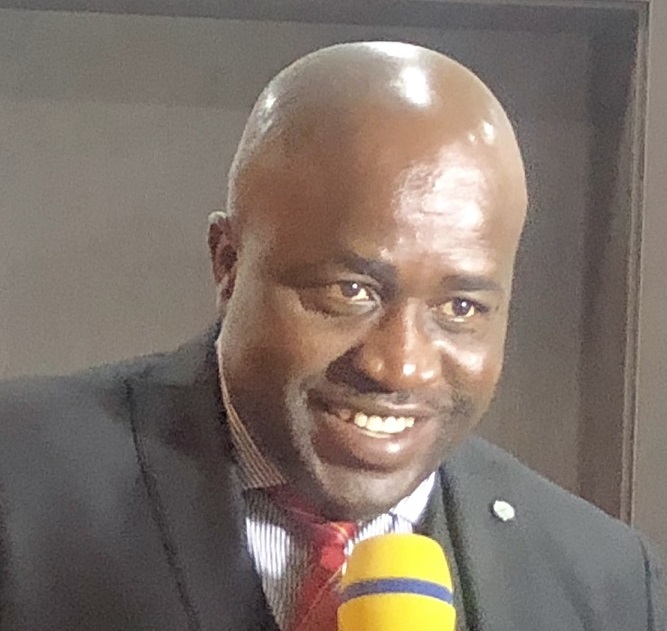 Mr. Benjamin Joffa is the Registrar of the Niger Delta University. He graduated from the University of Port-Harcourt with a B.A. in Religious Studies and PGD in Sociology from the Niger Delta University. He Had earlier attended Stella Maris College  and UPE model Primary School Borokiri all in Port-Harcourt. Until his appointment, Mr. Benjamin Joffa was the Establishment Officer of  the University. He had earlier held various positions in the University including Students Affairs Officer, Council Officer, Personnel Officer( junior staff matters), Faculty Officer of Basic Medical Sciences, Faculty Officer of Science. He was the chairman NDU chapter of the Association of Nigeria Universities professional Administration( ANUPA) and a member of the Institute of Corporate Administrators, he attended a number of  workshops/conferences within and outside the state. As a seasoned Administrator, dedicated to duty, versatile and knowledgeable in University administration. He has a cordial working relationship with staff and students due to his highly sociable personality. 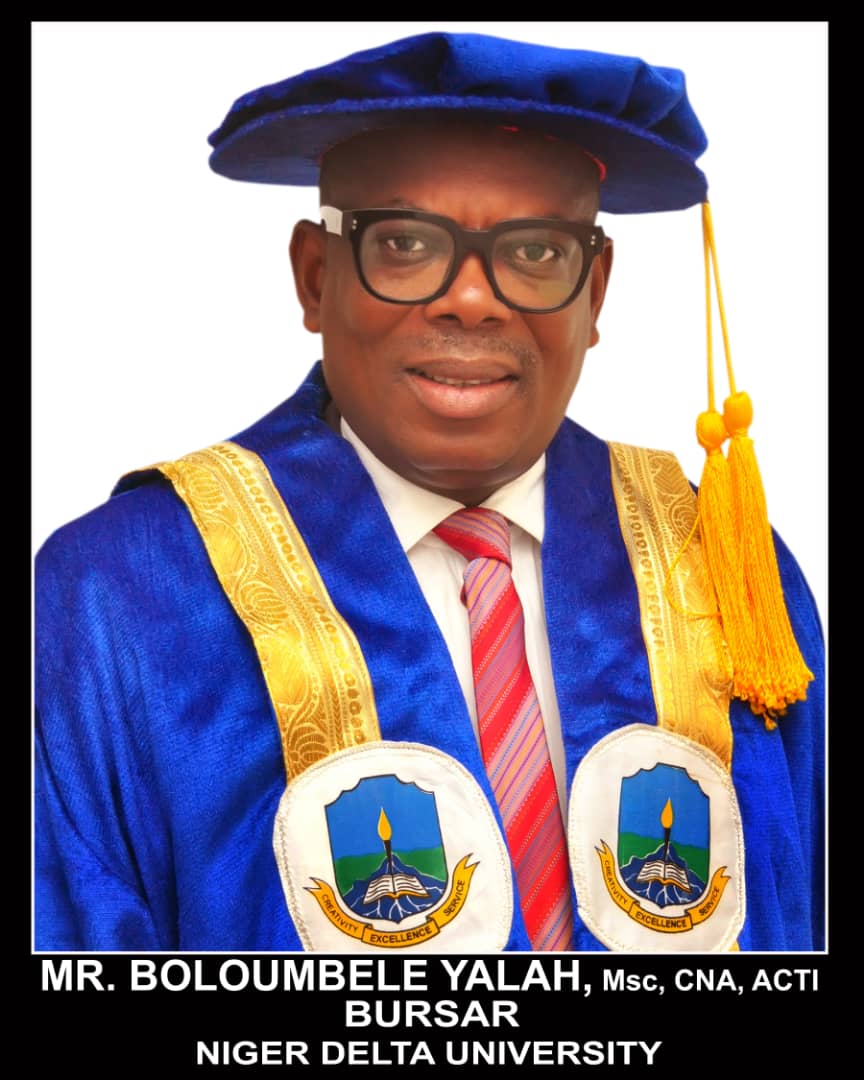 He obtained his first school leaving certificate (FSLC) from Group School I, Opokuma, afterwards attended the Prestigious Bishop Dimeari Grammar School (BDGS), Ovom, Yenagoa where he obtained his Senior School Certificate (SSC) administered by the West African Examination Council (WAEC). In furtherance of his educational pursuits, he proceeded to the then Rivers State University of Science and Technology (RSUST) now Rivers State University (RSU) Nkpolu-Oroworukwo, Port- Harcourt and bagged a Bachelor of Science (B.Sc.) Degree in 1998. In 2021 he obtained a Master of Science (M.Sc.) Degree in the Niger Delta University (NDU), Wilberforce Island, Bayelsa State and is currently a PhD Student in the Niger Delta University (NDU). 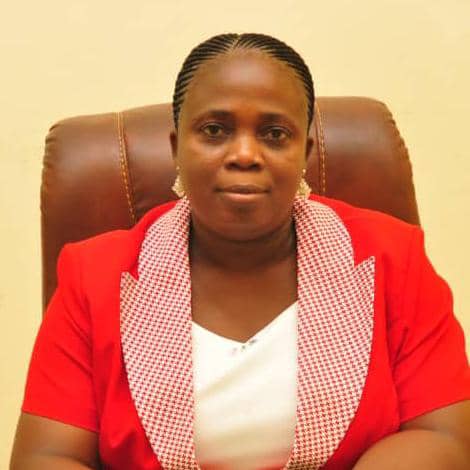 Dr. Biokuromoye Fyneman is the librarian of Niger Delta University. She was educated at the then Rivers State College of Education (Affiliated to University of Ibadan), now Ignatius Ajuru University of Education, where she obtained NCE certificate in Economics/Social Studies and B.ED degree in Economics with second class upper honours. She was the overall best graduating student in her NCE and received several awards from the school, faculty and department. She obtained her MLS and Ph.D degrees in Library and Information Science from Imo State University, Owerri. Dr. Biokuromoye Fyneman is a chartered librarian.

Until her appointment, she was the circulation librarian and Hall Warden in Niger Delta University. She had earlier held various positions in the library; head of cataloguing and classification section and a member of several committees in the library. She is a member of many learned and professional associations and has contributed to knowledge through publications in reputable journals and chapters in many books. Dr. Biokuromoye Fyneman is a seasoned Baptist and has served in several committees in the Baptist denomination.